What would you do with a monthly salary, separate and in addition to any other salary, but earned as a right of citizenship and sufficient for you to meet your most basic needs for life? That’s basic income, and that’s what Basic Income Day is about in recognition of the 21st century.

Popularly known as May Day or Labour Day, May 1st has long been a day to internationally recognize the contributions of the global labor movement and its many struggles and achievements over the years. However, where unions once empowered labor and gave us the 40-hour week and the 8-hour day, globalization and advances in technology have severely eroded the ability of unions to effect change.

As automation of the workplace continues to the tune of potentially eliminating half of all current jobs by 2033, and in addition eroding any sense of financial security or consumer buying power through the growth of part-time jobs, low-paid work, temp labor, gig labor, freelancing, and zero-hour contracts, unconditional basic incomerepresents the ability to empower all labor on an individual basis. A newly gained ability to say “No” to any and all employers would have an undeniable effect on individual bargaining power. That means greater sharing of profits and higher wages, better hours and workplace conditions, more benefits, etc.

The achievement of basic income would be the achievement of a new voluntary contract on more equal footing between employer and employee, including the empowerment of the employee to become their own employer by UBI’s functioning as venture capital for the people. It would mean a new age of greater equality, innovation,productivity, and entrepreneurship, where all are finally free to pursue the goals they wish to pursue, and all work could be recognized for its societal value, instead of only paid work as it stands now. Isn’t it time we started recognizing all the important labor going unpaid?

Even Andy Stern, former President of the Service Employees International Union (SEIU) in a forthcoming book explains how basic income is the future of the labor movement, and the policy we must all together now strive for in the 21st century. It’s an idea whose time has come.

This is the century of technological emancipation from labor itself. We made it. We’re here. We need only actually embrace it. Unemployment is not something to fear. It is something to welcome.

Without basic income, on the 1st of May we celebrate Human Labour Day.

So what can you do?

There are many ways to support the idea and to help grow the movement for Basic Income. For one, take part in Basic Income Day by supporting Thunderclap and by changing your profile photos and sharing basic income content across all social media networks on May 1st. Last year we reached 700,000 people. This year, let’s reach over 1 million!

What else can you do any day of the year?

Join the growing global movement to create an income floor for everyone. 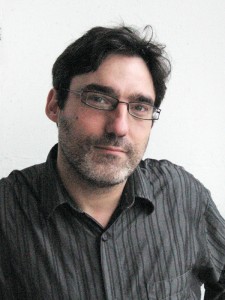